Maths is everywhere. Going to the supermarket, baking pastries, walking up and down the stairs, riding an elevator, helping set the dinner table — all of these everyday activities present opportunities to teach maths.

Let us take a look at how the Learning and Development Guide for Children 3 to 6 Years Old describes mathematical learning targets for young children in different ages.

Target 2: understanding the relationship between number and quantities 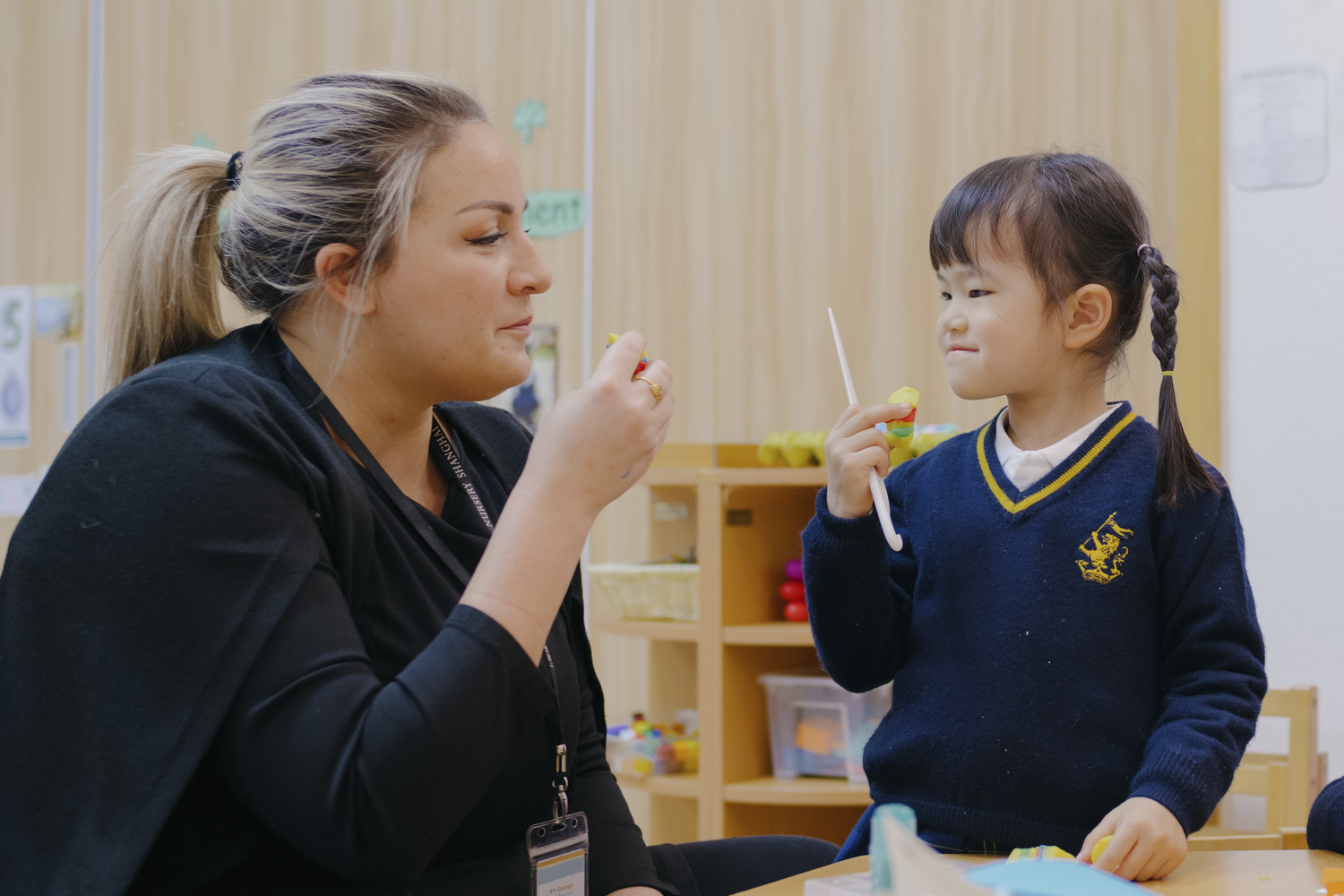 Elaine found a watering can on the balcony. She tried spraying only to discover that it was empty. "There is no water in the watering can," she told her teacher.

The teacher asked: "Where can we find water?" Elaine looked around and found a faucet in the water play area. She filled the watering can and watered the grass in our outdoor play area. 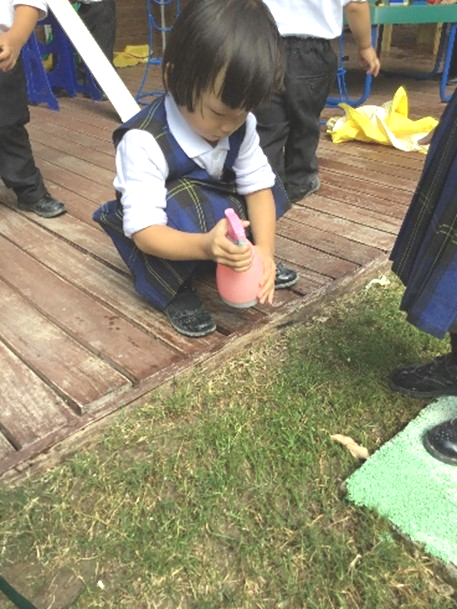 This instance demonstrates Elaine's capacity for observation. She is able to recognise patterns, discover the changes around her and build connections between them. She is also willing to try new things and solve problems under a teachers’ guidance.

During circle time, a teacher and pupils played a game of numbers called 'silent counting'.

After snack time, a pupil named Andana asked some of her classmates if they would like to play the 'silent counting' game again. They agreed, and she began to mimic her teacher, saying, "Please close your eyes. Peeking is not allowed."

She then took toy bears and dropped them one by one in a metal box, which made a clear sound. Her peers then had to count on their fingers how many bears she dropped in the box.

After dropping the sixth toy, Andana said, "Please open your eyes and tell me how many bears are in the box." Some of the children said "six" and some said "five". She said, "Let's count together to get the correct answer."

The children who counted six bears were right. They had the chance to be the 'little teacher' in the next round.

Andana's story illustrates that our EY2 not only acquire the ability to count, but also have confidence to express themselves. In such a positive and supportive environment, they also feel comfortable and secure enough to forge friendships with their peers.

Activities for our EY3 pupils often involve scenarios and rules. Recently, the pupils were assigned the task of investigating the teachers' and classmates' favourite pets. They were asked to complete a survey and instructed on how to record what they heard.

A pupil named Chloe filled her survey form out according to the example provided, but she chose to record her figures in her own way. She tallied the numbers up directly behind each pet icon. Although she had not attended school for several days, Chloe was not shy when she interviewed others. 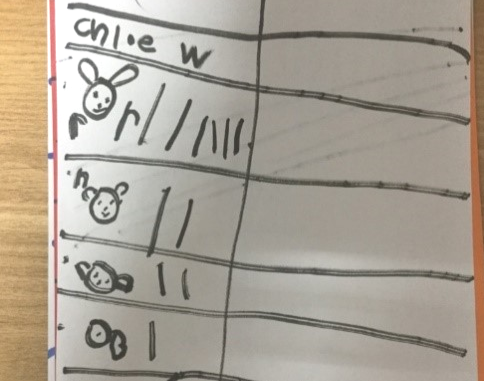 While she interviewed Jennifer, her fellow pupil, Chloe even wrote the English initials of different pets next to each icon with some help from a teacher. This helped her distinguish those pets in the future.

By developing their capacity for communication and expression, our pupils learn maths in situation-based activities and express themselves more confidently as they interact with their peers.

EY4 pupil Quentin found a large set of hole-board toys on the balcony, and, along with some friends, he lined them up on the floor.

Shortly thereafter, he ran to the teacher and told her that there were 29 holes in the floor. The teacher asked him how he arrived at this number and firmly believed that he had calculated it correctly.

Moments later, the teacher observed him stepping into one hole at a time and counting the number of holes. Finally, he confirmed that the total number of 29 was correct. Here, Quentin exhibited quantitative abilities as well as self-evaluation.

From observation and research to repeated verification, EY4 children achieve complete research loop. This level of growth and discovery never ceases to amaze us.

Play is the most basic activity for a young child's holistic development. It allows for unmediated experiences in which they form connections with the outside world.

We often observe children playing their favourite games and activities over and over again. This helps them to think and adapt relevant learning experiences. It is why learning through play is such a powerful learning tool.

In the next article, we will talk about more activities that support children's maths learning in a real-life context. Stay tuned.