Communication is one of the most important skills we can develop which is the reason it sits at the heart of our early years framework, as one of the prime areas of learning. It is often easy to associate communication with speaking, and speaking alone. Whilst the ability to communicate verbally is undoubtedly very important, we need to remember that there are a multitude of other skills one needs to develop if we are to become truly effective communicators. 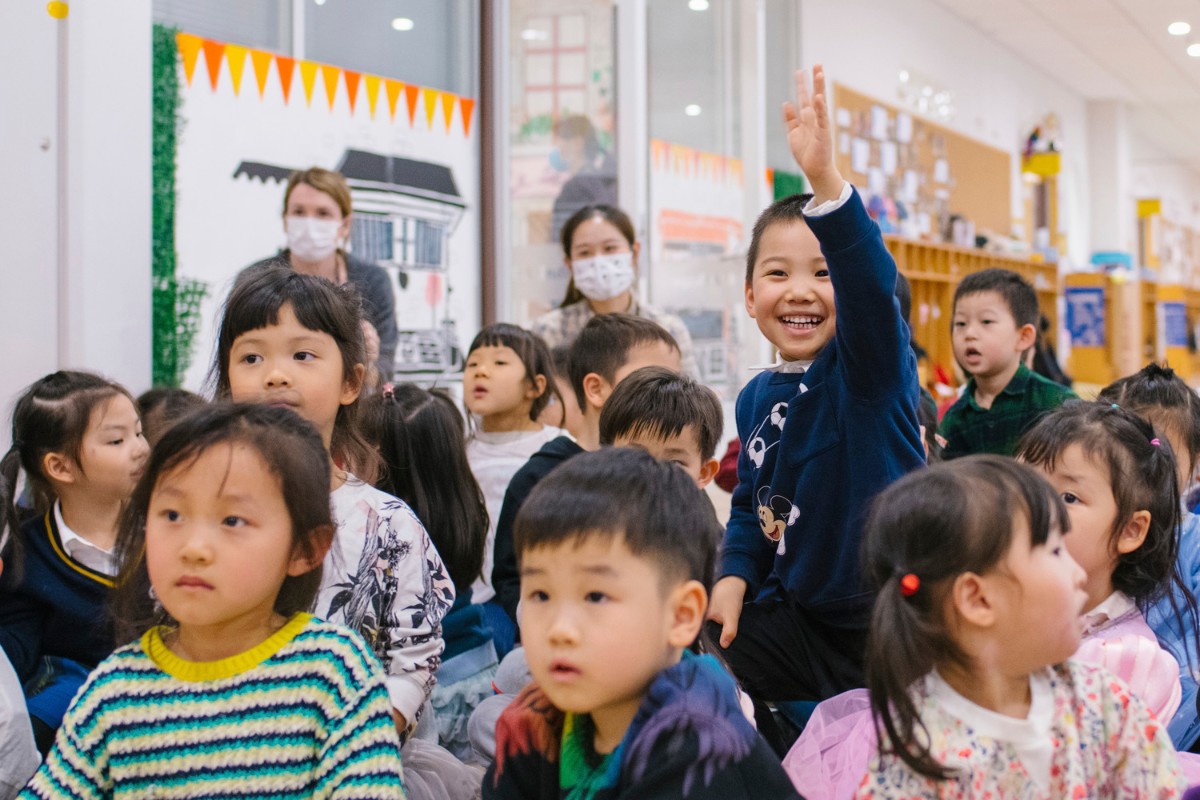 Here at the Nursery, that is what we want for all of our young learners; for them to become confident, effective and articulate in their efforts to communicate their thoughts, feelings and wants with others. Our environment plays an extremely important part in this and we encourage the pupils to:

Be confident communicators by:

- Feeling comfortable and secure in their surroundings

- Using the words they know to make themselves understood

- Listening and understanding the gestures and words of others, in turn responding appropriately

- Beginning to change the way they interact depending on the listener

- Beginning to build and use a more sophisticated vocabulary

- Using language as a means to express themselves

How many times have you been in a situation when a colleague or friend has changed their body language after hearing something you said? Or noticed your child reacting to a situation in a more emotional manner than they had done before?

Being able to pick up on, and take into account, such subtle changes in non-verbal communication enables us to respond in an empathetic, relevant way. If we only listened to what was being said, without paying attention to nuances in tone, intonation or facial expressions our interactions, and in turn our relationships, with one another would be extremely limited and superficial. 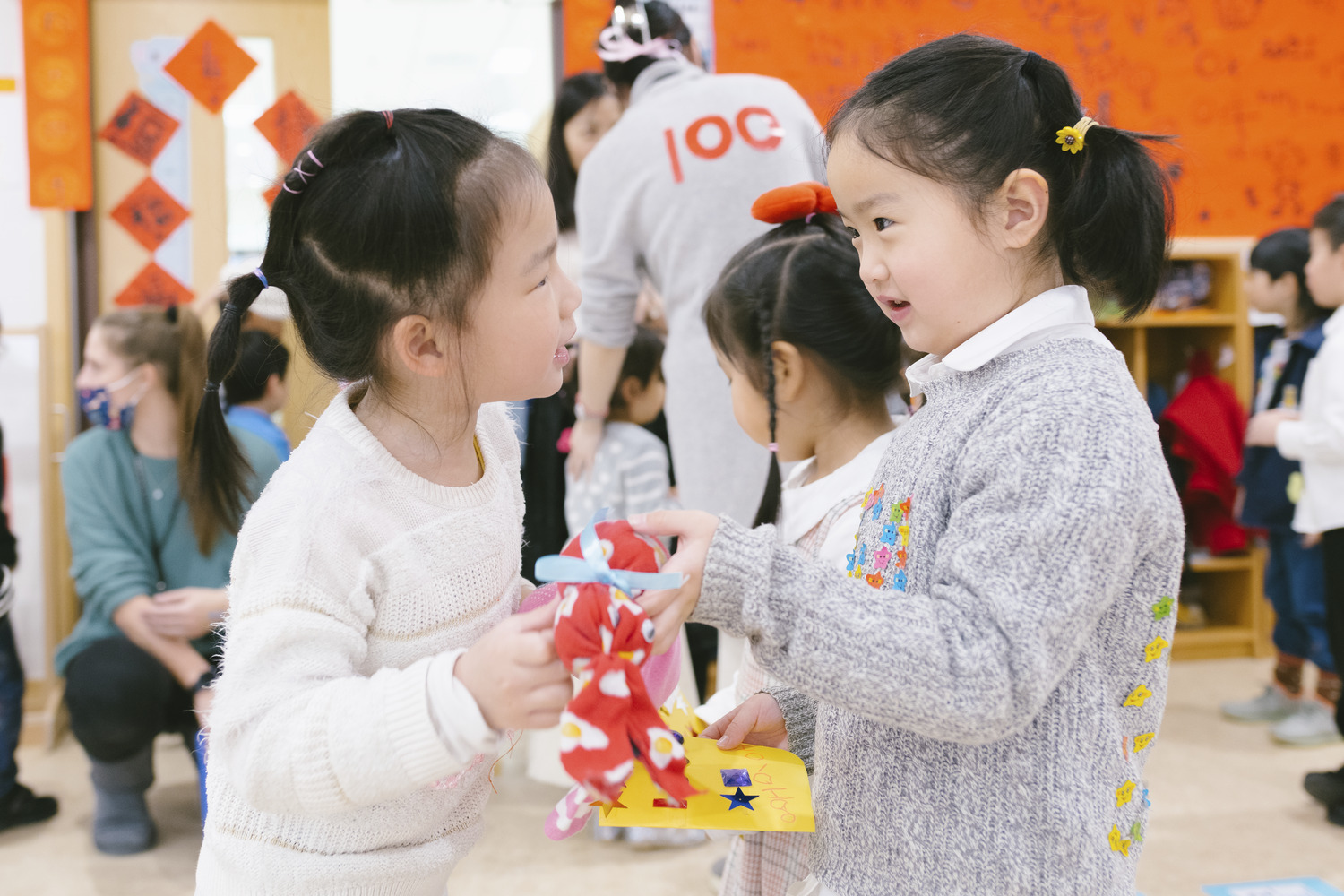 When young children begin to form relationships with their peers, the first steps often involve very little verbal communication. Instead, a child will notice what another is doing and decide that they would like to have a go too. They will play alongside the other child in their own way or sometimes imitate what they see.

When an individual becomes more confident, they may begin to make eye contact with their peer or verbalise sounds and words in order to make the other child notice them. We often see our youngest learners playing alongside each other, smiling and imitating each others movements; the beginnings of a potentially long-lasting friendship. By doing this, our children are starting to develop their interpersonal skills, which form the basis of any successful communication with others. Another key communication skill that can sometimes be overlooked is the ability to change the way we interact with different people; something we look for in our pupils as they approach the end of EY4. Our children are very lucky to be in a bilingual environment which affords them the opportunity to interact in both Chinese and English on a regular basis. Our pupils are very aware of the situations in which they may need to change their main language of communication and often do this seamlessly.

A couple of weeks ago I was talking to some of the children in EY4 about Harry Potter; they were showing me a book and talking to me about their favourite characters and storylines. One little girl in particular was extremely excited to talk to me about a magic spell which could open doors without a key. She explained that Hermione was better at using this spell than Ron and Harry, that you had to say the magic spell in a very specific way and that it could open big locks as well as small ones.

She then went on to have a very similar conversation with one of her friends. This may seem like a very common occurrence, but there is something very special about these two exchanges; although the subject matter and the messages conveyed were exactly the same, the method of communication was very different. 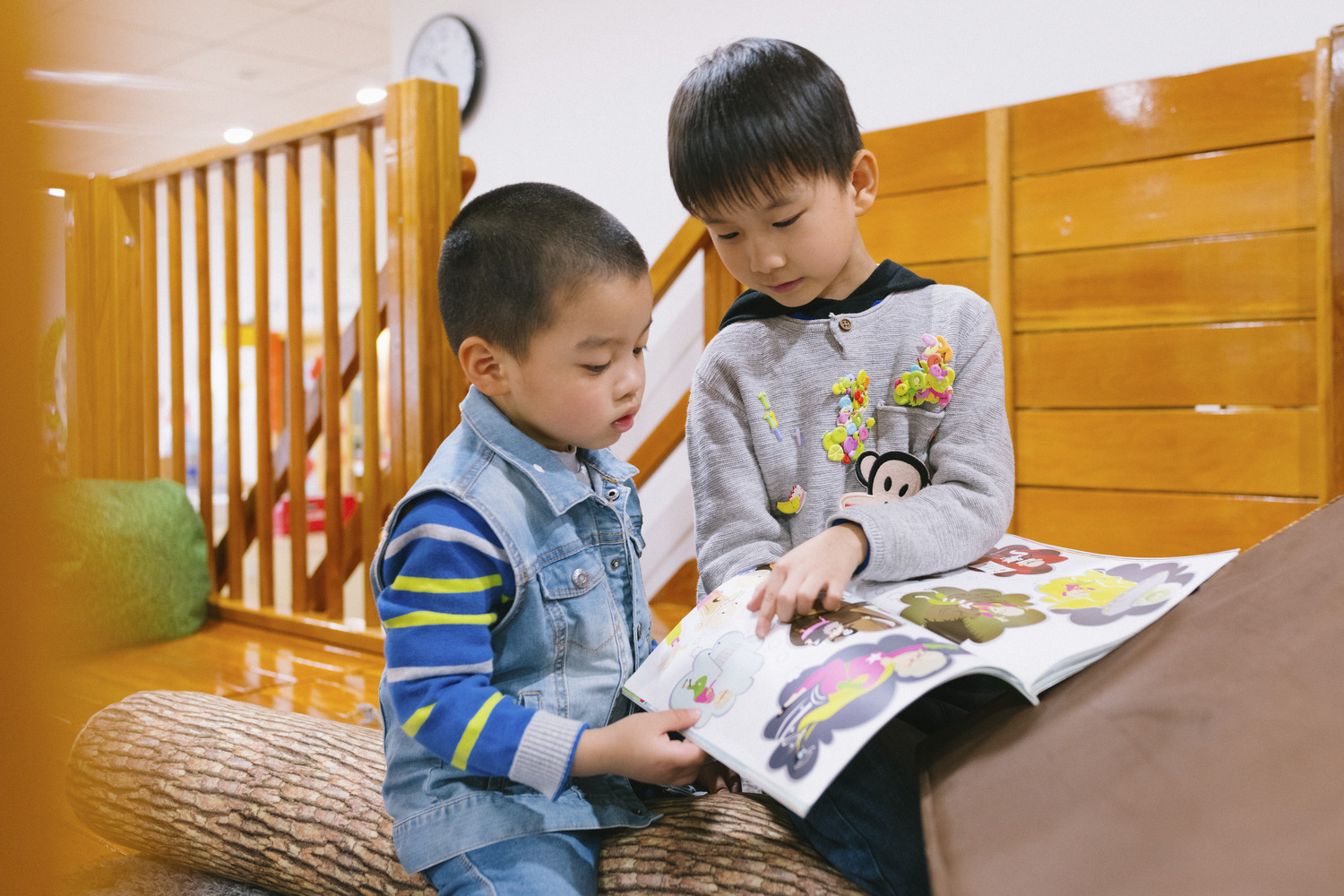 When speaking to me in English, the pupil used lots of hand gestures and animated facial expressions, pointed to pictures in the book, repeated words in Chinese as she translated them for herself and gave me lots of eye contact. When speaking to her friend they sat alongside each other, looking at the book rather than each other, and there was no need to point to any of the pictures or to pause in order to find the right words to use.

Not only did this pupil know that she needed to change her language of communication, she put into place other strategies she had in order to make herself understood and have a fulfilling social exchange in a very successful way. In a world as competitive as ours, excellent spoken and written linguistic skills will inevitably help our growing children to stand out from the crowd but academic and professional success should not be our only consideration. The ability to communicate with people of different nationalities, genders and backgrounds will enable the next generation to build lasting, meaningful relationships affording them the opportunity to achieve great personal and social success too.

The Huili journey – the true impact of a values-based education